“The pandemic… that wasn’t”

Wow this video collected clips from the Swine Flu days and I’m having massive Déjà vu – are you?

“If at first you don’t succeed, try, try again…”

Trust WHO – documentary that was available for 7 years about WHO’s part in the Swine Flu scandal. Their video was deleted when COVID-19 came to the world. (02)

“trustWHO” has been thoroughly researched for 7 years; it has been fact-checked and approved by lawyers, experts in the medical field and even by key executives of the WHO itself.

You can watch the full documentary for free here: Site1 | Site2 | Site3 | Site4

TrustWHO points out conflicts of interest inside the World Health Organization which relies heavily on funding from the pharmaceutical industry and contributions from other entities, most notably the Bill and Melinda Gates Foundation. The contributors in return dictate the decision making process.

As far as we are concerned, if one goes through all the HIV literature which exists to-date, I think one would find it bold and incredible, to still believe of the existence of HIV. When a particle ‘looks like’ a retrovirus, you have to isolate it, then put it in another culture, show that the cells in the secondary culture produced particles exactly like the particles from which they originated, and two particles from the two cultures are exactly the same can be shown only by determining their constituent proteins in RNA, so isolation is extremely important to prove that the particle is a retrovirus.

David Rasnick, PhD – Chemist, Molecular Biology, UC Berkeley, USA. (8:33) Nobody can find free, infectious HIV virus in a human being. That is why they have to resort to looking for antibodies to HIV in a person. That is one of the biggest flaws in the HIV hypothesis. That antibodies, which is a sign of immunity – you should be happy that you have antibodies – it means that you are now immune – and yet, with AIDS, we have antibodies as a predictor or an indicator of AIDS and future death.

“The HIV hypothesis of AIDS is the biggest scientific, medical blunder of the 20th Century. The evidence is overwhelming that AIDS is not contagious, sexually transmitted, or caused by HIV. The physicians who know or suspect the truth are embarrassed or afraid to admit that the HIV tests are absurd and should be outlawed, and that the anti-HIV drugs are injuring and killing people.”

“The best evidence against the HIV hypothesis is that there is no evidence for it. In the vast scientific medical literature – over 100,000 journals published so far…we cannot find anywhere…the evidence that AIDS is a contagious disease, or that it’s even sexually transmitted…Nobody can find free infectious HIV virus in a human being. That is why they have to resort to looking for antibodies to HIV in a person. That is one of the biggest flaws in the HIV hypothesis….antibodies…are a sign of immunity…with AIDS we have antibodies as a predictor or an indicator of AIDS and future death.”

“Fifty percent of Africans have no sewage systems. Their drinking water mixes with animal and human waste. They have constant TB and malaria infections, the symptoms of which are diarrhea and weight loss, the very same criteria UNAIDS and the World Health Organization use to diagnose AIDS in Africa. These people need clean drinking water and treated mosquito nets, not condoms and lectures and deadly pharmaceuticals forced on pregnant mothers.”

This revolutionary technique allows scientists to take a sample containing a very minute amount of DNA and replicate that DNA sequence until there are many copies. One of the first applications of PCR was to analyze human tissue to detect the presence of HIV. PCR is commonly used in medical and biological research labs for the detection of virus culture in infectious persons.

People keep asking me, ‘You mean you don’t believe that HIV causes AIDS?’ And I say, ‘Whether I believe it or not is irrelevant! I have no scientific evidence for it.’…It’s not what somebody believes, it’s experimental proof that counts. And those guys don’t have that.Kary Mullis, PhD
…A segment of our society was experimenting with their lifestyle…They got sick. Another segment of our…society, call them doctor/scientist refugees from the failed War on Cancer, or just call them professional jackals, discovered that it did work. It worked for them. They are still making payments on their new BMWs out of your pocket.Kary Mullis, PhD 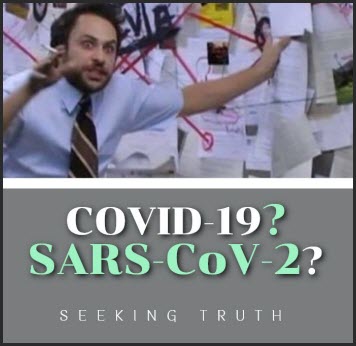