[DARPA] paid [Moderna] & [Pfizer] for mRNA research and development in 2013

DARPA awarded Moderna $25 million for mRNA research and development in 2013.

(I just found this sitting amongst my almost 100 posts still in draft-mode, maybe I still have related-documents to go through and wanted to include more info? I have a vague memory of wanting to add the Project Veritas whistleblower... U.S. Marine Corp Major, Joseph Murphy, (former DARPA), but I’ll just link to it so I can get this post published and back to the mind-control research I’m currently working on.)

The Defense Advanced Research Projects Agency (DARPA) is a research and development agency of the United States Department of Defense responsible for the development of emerging technologies for use by the military.

In October 2013, DARPA awarded Moderna up to approximately $25 million to research and develop potential mRNA medicines as a part of DARPA’s Autonomous Diagnostics to Enable Prevention and Therapeutics, or ADEPT, program, which is focused on assisting with the development of technologies to rapidly identify and respond to threats posed by natural and engineered diseases and toxins. This award followed an initial award from DARPA given in March 2013. The DARPA awards have been deployed primarily in support of our vaccine and antibody programs to protect against Chikungunya infection. 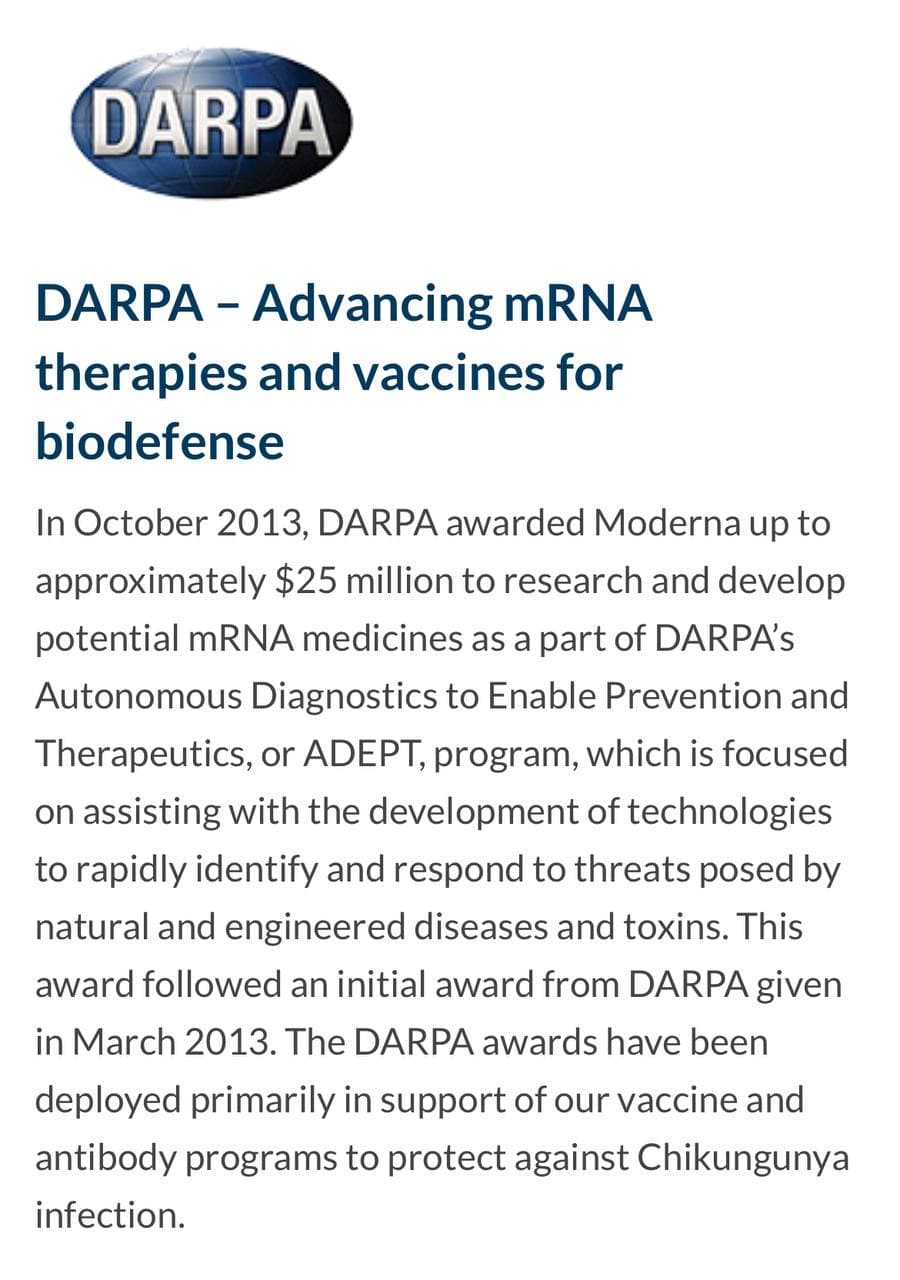 198 Results on the Moderna Investors website containing the keyword DARPA: 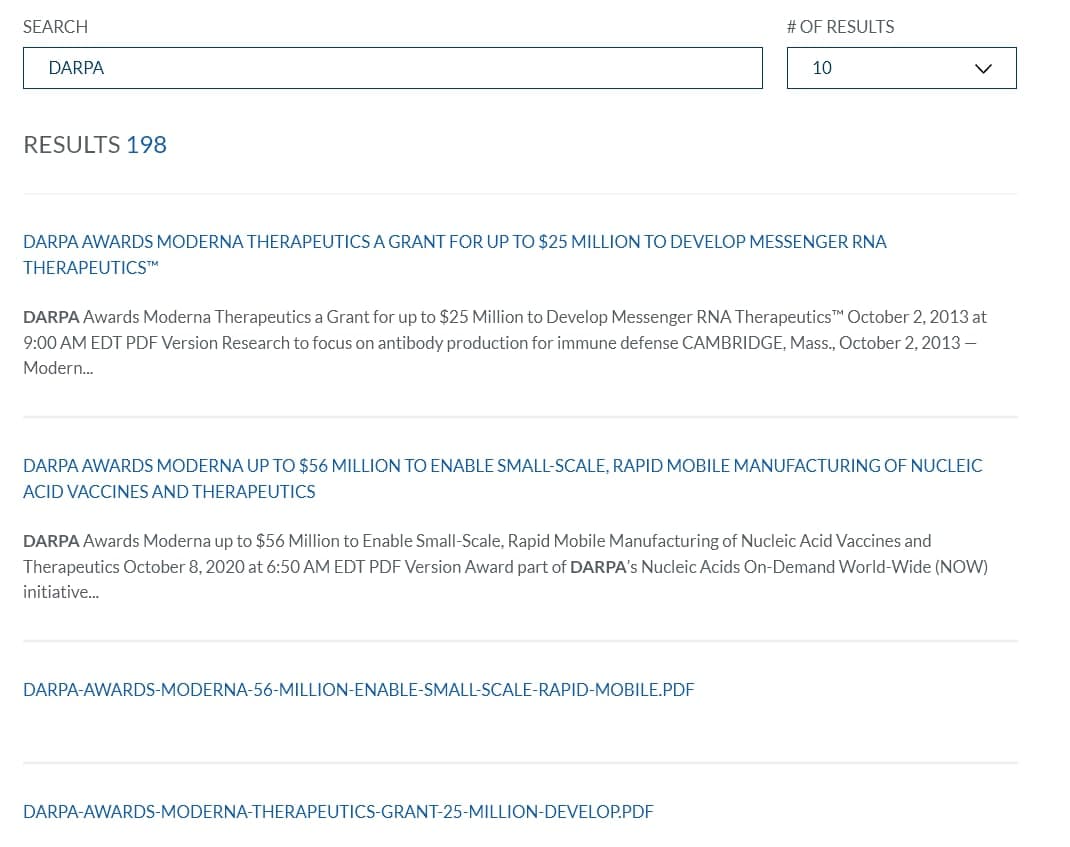 Defense Advanced Research Projects Agency (DARPA)–the research arm of the Pentagon–awarded Pfizer a three-year, $7.7 million contract. Details of the research are scarce, but what DARPA has revealed implies it wants to cut response times to pandemic or bioterrorism threats by eliminating several of the steps currently needed to confer immunity. https://www.fiercepharma.com/r-d/pentagon-tasks-pfizer-radically-rethinking-vaccine-development