A brilliantly produced video by a South Australian father and grandfather who is outraged by the deceit of our Governments handling of COVID 19 and and their response to it including the vaccine roll-out.

The video covers the blatant lies regarding the severity of the disease, the flawed testing for it, the harmful measures put in place, the vaccine roll-out including evidence for the lack of safety and efficacy and the corruption behind those who produced them.

(I’ll add the rest when time permits – currently still referencing the TGA / ATAGI letter, and working on the new HIV/AIDS narrative, and Remdesivir – so will publish this in meantime because they are taking far longer than I expected)

The media is lying to you. 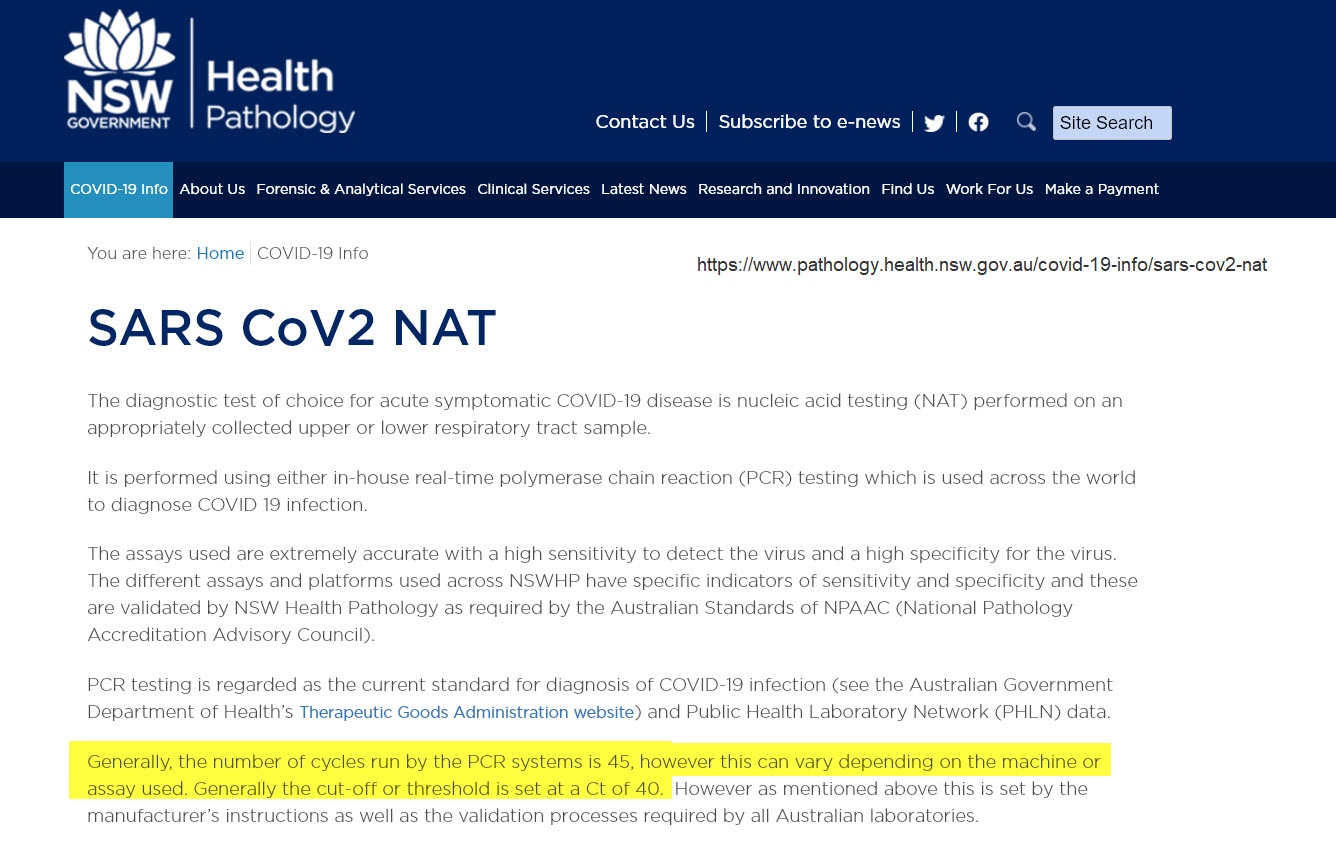 Media Fear-Mongering of Lethality of Covid-19

Images across the screen of Wuhan residents dropping dead, collapsing in the street and being locked in their homes, and the constant comparison of the Spanish Flu pandemic, touting that COVID-19 was worse.

“Professor Lockdown” – Neil Ferguson admitted he ‘oversimplified things’ with his doomsday Covid predictions. The modelling “coding” was a 13 year old computer code that was ‘totally unreliable’ and a ‘buggy mess’ according to scientists, and was intended to use as a feared influenza pandemic (rather than a Coronavirus).

The modelling was based on “worse-case scenarios” which the media and authorities used to scare the public into a panic. The inaccurate modelling drove the lockdowns, the social distancing rules, the mask-wearing, the border closures, the mass-testing of people with ‘no symptoms’, and worse, it drove out of mind, the hard-earned knowledge and advanced understanding how best to deal with respiratory infections. Politicians didn’t help quell the surge of irrational fears within the public by announcing it was a “nasty, terrible, deadly, insidious, disease” and encouraged people to “stay at home”.

Presumably trusting the modelling more than their eyes. Their language was an exaggeration of the evidence.

Even early on in the pandemic, it was well-known that the virus was more harmful for the elderly, especially those with co-morbidities. Healthy, young-people had little to worry about. 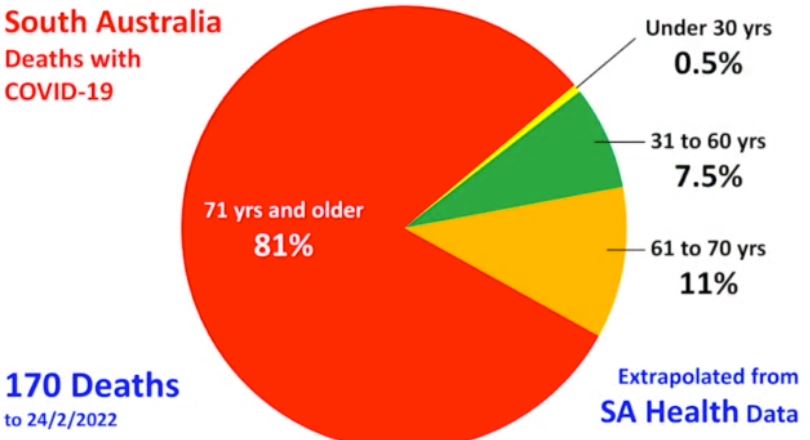 As it stands in late February, 2022. Of the deaths in South Australia that have reportedly died with Covid-19, between 80-90% of them are defined as elderly. It is important to note that all but 4 of these deaths have occurred since the 27th December 2021 (just 2 months!) Another fact that needs to be highlighted is that nursing home residents represents a large number of these deaths (approx. 60%). Also, what’s surprising is that these deaths have happened at a time when the vaccination rate in South Australia is over 91% – with 2 or 3 doses.

It must be remembered that even the Common Cold can be the demise of someone with serious comorbidities, but especially elderly individuals.

Stanford University Professor, John Ionnidis, Epidemiologist, believes the actual lethality of COVID-19 has been grossly exaggerated by the authorities. He reported this as far back as early 2020, and qualified it in late 2020 after conducting a meta-analysis of over 60 studies from different countries for the World Health Organization.

According to Ioannidis, the virus is less deadly than once thought, registering at a mere 0.15% fatality rate. 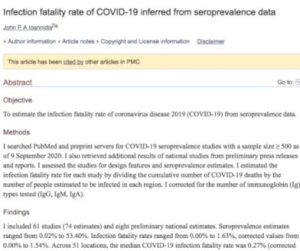 Infection Fatality Rate Of <0.1% For Those Aged Under 70 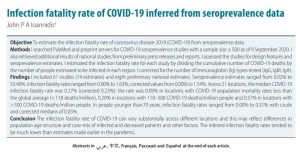 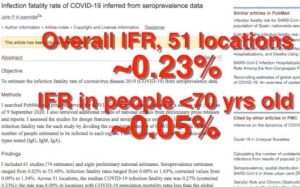 The ideas that you hold, prescribe your experience of what is to follow.