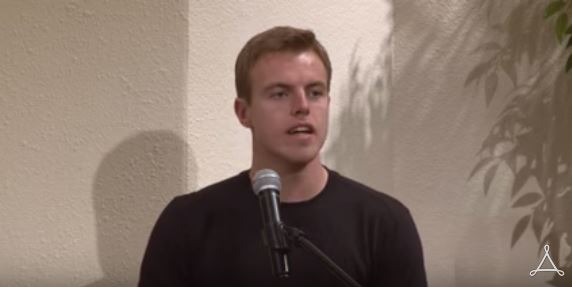 It’s not responsible for something “bad” because all these things are not bad. They’re explorations, they’re manifestations of consciousness that allows the lower self being, to learn certain things and connect to certain aspects of itself and expand in certain directions that without that catalytic indication or inclination or incentive, it would not explore. It would be more likely to get lost.

Why would they manifest some kind of physical or mental disability or any other type of ailment? It is precisely because the higher consciousness knows that they want to explore a certain theme, and if they don’t give this as part of the experience, then the lower self is very, very likely to miss the point. To not go into that direction of realizing that particular aspect of creation that it wants to realize. That particular quality of being.

Let’s say “Unconditional Love” – the being wants to explore Unconditional Love and become more of it, express more of it. Sometimes it helps to have a disability to be able to be totally compassion towards other beings, and not go down the route of “I’m the most popular guy in school and fuck everyone else”.

That’s why some beings come in with a disability. It can change, it can even resolve itself, if the lessons are fully learned and the catalyst is no longer required in order for the consciousness to move in that direction autonomously.

Absolutely yeah, just teach the child, first of all by example, and also by words and expression and action, that it’s not a bad thing, there is no negative thing, there is no problem to solve.  It is innocent but it’s responsible.

And here is why most of these diseases are maintained even past the lessons being learned, is because when the child reaches such an age of maturity – let’s say it’s now 18 years old – and it did go in the direction that the disease was originally meant for him to go in, but now he still continues to be under the assumption that this is simply “who he is” and he can’t change it, then he has vibrationally adopted the idea that this is simply who he is, even though it’s no longer relevant for him, the law of attraction cannot bring him the freedom of it because there is still the gathered momentum of beliefs that this is simply physical reality and you can’t change it.

When a disease is not happening originally when the child is being created in the womb, but then starts to develop something later on in the womb, it can either be subliminal negative imprints from the parents (misaligned perspectives), or it could mean that the child wants to express itself in that way, at least for a period of time in its life. But if it develops something later on in life, or even early on in life (but it’s not there at birth), either it’s their choice to start out their life that way (not necessarily end their life that way), but start out their life that way so that they are directed in certain particular ways of consciousness and embodying certain qualities, or it’s developed over time (not pre-birth intention so much as an indication of adopted negative beliefs that are not serving the being).

In that case, as a parent, or as anyone in this world, you are always the example and you are always vibrationally subliminally influencing the entirety of the collective that you chose to be a part of, so the best thing to do is be a vibrational example of the fact that you can change your reality by aligning your thoughts with who you really are.

One of the thoughts that needs to be aligned, which is not in alignment. Is the thought that physical reality is real.
That’s a misaligned thought, it’s not true. So you cannot have an assumption – a big major assumption like that. If you believe physical reality cannot be healed – that it’s rigid – it’s solid – etc. that ‘thought’ also needs to be examined. As a teacher or parent, you want to give out the example or the teaching that everything is a reflection of your vibration. That there is no external reality, not really, that’s an illusion.

Vibration dictates what you get back. When the child understands this, especially when this is adopted from an early age, if the child believes it (believing is seeing, not the other way around), it has all it needs, to be the person it wanted to be with this pre-disposition of an illness, and then as it learns the direction that the illness inspires it to go into, and there is no longer any actual reason for the illness or disability to be there in order to inspire the being to become an autonomous expression of compassion, love, worthiness or whatever the quality is that illness was helping the being inspired to go into, when that’s no longer required, because the being has developed a momentum of autonomy, and it has developed a strong enough connection to it’s true desire, to explore these qualities, that the illness doesn’t need to be here anymore, and the being has the knowledge that beliefs create the reality and believing is seeing, and vibration is where it’s at, then the disability can leave.

But not by stating that it is a problem.

“Oh boy, I can’t wait until this is gone”

Cos then you are missing the point of it being there.

Consciousness was very happy for it to be there.

Higher-self was like, “Oh boy – I can’t wait to be disabled”

And now the lower-self goes, and the parents go “I can’t wait for this to be over” but then you’re missing the whole focus of why it’s there.

You’re not appreciating it, you’re not in a appreciative attitude, you’re in a “let’s get rid of this because you’re different from everyone else, you’re a hassle to work with, this is painful to you, this is not pleasant to you”.. of course, there are indicators that can definitely help the child understand that it doesn’t have to live that way, and it can already ease the disabilities’s discomfort, even while it’s still serving a purpose, but crucial to that is the appreciation of the purpose of the disease, which is always an indicator of either a misalignment or of purpose – wanting to explore a certain purpose.

If it learns those lessons and if it understands that it is vibrational controlled, then it starts to deliberately create its life that way, then the sky is the limit and the disease can disappear in a day, depending on the belief. If the belief is that it cannot disappear in a day, then it won’t. If the belief is that ok, yes, now I’m on my healing process, but it will take 3 months, then it will take 3 months. Beliefs rule this creation.

A.) Teach your kids appreciation for the purpose behind certain discomforts

B.) Let them know they are in vibrational control and as soon as they learn those lessons, and they become vibrationally aware of who they want to be, then the’re all set to create their reality, move mountains

This will become more and more obvious in the next 20 years. Like as a collective, that this is possible. Even in the next 5-6 years it will become very obvious. Then it will cascade because then the collective starts to agree, oh wait a second – we’re creators of our reality.

We are first to believe that our desire has already been fulfilled; its accomplishment will then follow.