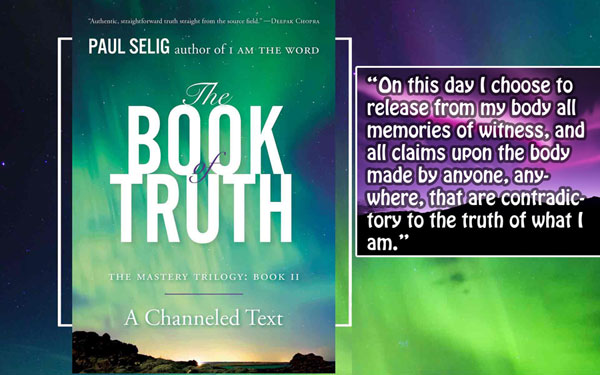 Now a small self, you see, who has been in charge of a world only sees things through the prescriptions that she has utilized to decide what things mean. She cannot do other. She has done her best, at times under very challenging circumstances. But the time has come to release the feather duster from her hand so she can stop fixing things and tidying a life that has never been real and align to what she is in her majesty as the Divine Self.

Now forgiveness here is required, and we will go into this briefly. What you have justified through fear has been made manifest on this plane for far too long. And each one of you has been in agreement to this. And you assuage yourself of the guilt you have of being personally accountable to historical choices by trying to be better people.

We will tell you this. You don’t get to be better people. You get to be what you are. And what we mean by forgiveness is that you no longer need to decide that you were wrong, because if you decide you are wrong and claim that in identity, you misalign and you move beyond truth.

Here is what we would do with this. The claim is made for you, for each of you who attends to these words, that anything claimed or justified in fear in any time will now be made known to the vibration of truth so it may be reclaimed in this octave. Now, the personality self is the one who seeks forgiveness, not the Divine Self, and we do not make the personality self wrong for asking for this. “Tell me I am not at fault for a life poorly lived. Tell me I am not to blame for gifts unused. Tell me I am not the one who contributed to structures of fear.” Well, you were. You could not do other because you’ve been acclimated to the density of this plane, which is fraught with structure in fear. And we will do this with you now:

On this day I claim that any remorse I may hold at contributing, for contributing, to structures in fear will be released in this claim. I am free of the choices I have made and the recrimination that I hold against the self or justifications for behaviour or misidentification throughout time. In this claim, I align myself only to what is, to what is in truth, and as I make this claim, I respect the choices made at all times, honour the need I felt at the time they were made, and reclaim myself as worthy of the new choice to re-create and be in accord as the Divine Self in truth. I know who I am in truth. I know what I am in truth. I know how i serve in truth. I am here. I am here. I am here.

Now what we have done with you, in many ways, is release you from beliefs that were never in truth, that you are separate. And the acclimation to this in form, as we have previously described, will be in understanding that what you created yesterday you have still inherited in the landscape. But as the octave lifts, as the vibratory accord you are in shifts, what is reclaimed by you will not be at the same level. But your belief in regret or the self that would seek to harm the self for things done will be a contributor to you assessing your ability to move past collective structures of guilt or self-blame.

The octave that you express at – and we use the word octave to mean level of vibration – assumes you in like accord with the plane that you exist in. So the density of the plane, in agreement to the density of the form you hold, creates a collective agreement about how the world is experienced. As you lift yourself in vibration, what happens is that the agreement to the dimensional reality that you exist in is transformed, and you experience the landscape you exist in, in a higher octave. It is as it was, but in a higher way.

The illusion of time supports death. But death, you see is only comprehended at this level of reality. And as you assist the vibratory shift that is taking place on this plane and begin to render reality in its true nature through the alignment to truth that you perceive all things in, the death and the frame of death that you have all claimed is lifted again to the comprehension of the transition outside of the physical realm, which it only is.

You see such a small part of your reality. You do not comprehend the vastness of Spirit and all who are here to assist this plane in its realignment. Your belief in your small selves and your desire to protect the body from inevitable demise is actually transforming you to the small self in need, where the Divine as what you are, who knows her immortal being, does not even fear death.

“On this day I claim that I will have a new realization of what I am, the Divine Self in manifestation and all things in it outside of time, so that my knowing and realization of what I am as an eternal being will be claimed by and through me and expressed as me in consciousness and form. And as I agree to this, I give permission to be supported in this realization by the Divine that I am and all who attend to me as my enlightenment is manifest in my being. I claim this of my own free will. I know what I am in truth I am here. I am here. I am here.”

As the claim has been made by you, it is sung in your field for all humanity to hear – all humanity, yes. You imagine yourself in your small home, book in hand, perhaps, seeing the world that perhaps you may impact by your next good deed. But where we have taken you, dears, is to inform the world, the entire world, with the truth of what you are.

As you are as emissary of this teaching by the very nature of your being, by the field that you’ve claimed in malignant to truth, you can claim it in all ways. And we support you each in the claims made on behalf of those you may meet, or may never meet. This is how the world awakened friends, by the witness of the one who knows who and what another is. There is no convincing required because this is done in energy and agreement. And by “agreement”, we mean congruence.

Q.) “So we don’ require permission? People are agreeing to something they don’t even know.”
A.) People are not agreeing. The energy field that they hold is. The light that you are shows them who they are, and in acknowledgement, in coresonance with you, they agree to be what they can only be in truth. The witness you are holding for another is the claim of truth, of what they are, the Divine manifested. As this is always true, the lie they believe themselves to be is released from them in accord with their own highest self and their agreement to be manifest.

“On this day I choose to release from my body all memories of witness, and all claims upon the body made by anyone, anywhere, that are contradictory to the truth of what I am. As I claim my Divine Self in manifest form, I align every cell of my being and the field that I hold to its innate truth, that the Source of my being, the True Divine, the Creator as I, is in perfect expression. And all the things that would deny this truth are being released and transformed in the knowing of what I am. I know what I am in truth. I am here, I am here, I am here.”

Align to this, now. This is an enormous claim. You are releasing the memory of how you have been perceived by others, or how you believed yourself to be perceived by them throughout time. And in this release, all the schisms between the truth of being and the illusion of being will begin to align in perfect ways to be re-created in truth. As you know what you are, you must also know what you are not. And the verdicts against the physical self- “she should be ashamed of herself, he should be frightened of his body or the impulses of the body, he will never be this or that because he cannot hold it” – will be released to the new creation, the Divine as what you are.

Now if you can understand the teaching thus far, you will comprehend that, once again, all we are doing is claiming you in truth at this level because the perceptions by others – the way they think you are, or their opinion of what you are, or how you believe yourself to be in their estimation in form – are lies. These things were never true.

Love what is. Whatever that is happening, act as if you wanted exactly that to have happened and embrace it.