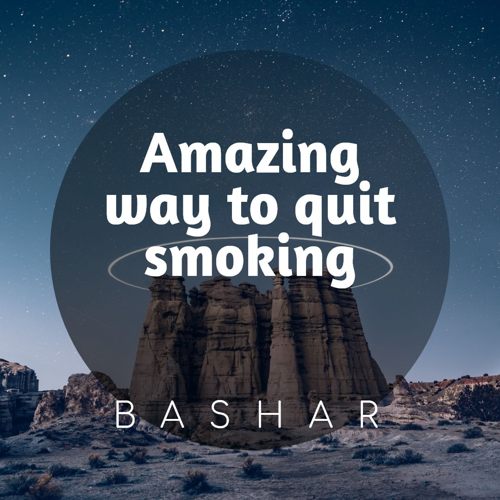 This is what we call the 13th step.
Some of you are ready for this, some of you are not. It’s alright, no judgement.
Let us explain this idea and see if your mind can wrap-around it.

You understand the idea that we have expressed many times, that any change is a total change?

When we talk about the idea that every change is a total change, the idea is that if you take one thing, you can THINK you are making a small change in that thing, or you can realize that if you change anything, you have changed the WHOLE thing, to another thing altogether – in another reality altogether, with it’s own unique qualities, having nothing to do with the cube that was there a moment ago.

There is also another reality of a version of you that never did smoke – ever, so that person cannot have craving because they never started smoking. The way to be that person is to understand the following notion:

So you could say there is a version of me that does not smoke, and an understanding that everything exists only in the now, then you also understand that the concept of the past and the he concept of the future are just illusionary.
If you know the past is illusionary, then you must also follow the next chain in the logic, which is: The past does not create the present. Instead, if you only exist now, and the past is an illusion, it’s the present that creates the past.

Every single person that you choose to be at any given moment has their own past, their own unique past different from any other version’s past. So if you are, if you choose to be a person that does not smoke NOW, you can also recognize that that person now must by definition has a past wherin she never did smoke and that’s why she doesn’t smoke now.

It’s not just a matter of convincing, it’s simply a matter of recognizing what the actual nature and structure of existence actually is like. Because once you understand what I’ve explained to you, it will make total sense – that what you’ve defined yourself to be now, actually creates a new past for that new person, it has to. Because in a space/time frame reference, in order to be whoever it is you’re defining yourself to be now, with respect to idea of causality as you believe in it, in space/time. To be who you are now, THAT person has to have had a specific kind of past in order to be that person because you belive that the past creates the present. So use that belief to your advantage, by knowing that if you change the person you are, you are also allowing yourself to change the past that will then allow you to be the person you want to be in the present. By becoming someone who never smoked and therefore why should she have cravings, she never smoked.

Sometimes you will choose paths that would seem negative and detrimental so that you can get to the realization that that isn’t who I prefer to be.

Many of you have known of people who have drank and smoked, and partied all night long, and lived to be 100. How do they do that? It’s because they absolutely believe and are aligned in their belief system that they can do that and live to be 100.

You cannot perceive what you are not in vibration of. Things are invisible to you when you’re not in the proper vibratatory state. When you are the person that you want to be – things that used to look one way to another you, will look differently to the new one. So the you that says ‘well that’s going to be difficult, it’s going to be unpleasant’, that’s the old you talking. When you truly choose to be the new you, you will see things in a different way – and you will experience things in a different way.

One man’s meat, is another man’s poison. The state of being utterly determines how you actually experience your reality. It has nothing to do with the thing itself. A detox is neutral. It’s just a thing. It’s just a circumstance. Circumstances don’t matter. Only the state of being matters. And that’s what will determine HOW you will experience the circumstance. Positive-meaning-in, positive-effect-out. Negative-meaning-in, negative-effect-out. Law of attraction. Third law of creation. What you put out is what you get back.
Detox? Label it positive, label it negative, the very same thing can go both ways. They can be the worst experience of your life, they can be the best experience of your life. It depends on where you are coming from.

Any relationship can be fixed, and transformed permanently – it is never too late.