A DECLARATION AND URGENT DEMANDS

The COVID-19 pandemic and the rapidly driven institutional responses to it had many unfortunate and preventable outcomes.

The approval pathway was granted not through their mode of action – gene therapy – but through their title – that of vaccines.  These products lacked data on: safety, full pharmacokinetics, biodistribution, genotoxicity, reproductive toxicity, and carcinogenicity.

Consequently, there was no significant reduction in transmission.  While data showed the “vaccines” reduced illness severity for a few months, unfortunately recent UK, Danish, and NSW data show that those with more doses – via “boosters” – now tend to have more severe infections and a higher risk of death.  Various immunological mechanisms can explain this finding of reduced efficacy, and even “negative efficacy”, as time passes and doses increase.

Australia has never promoted “vaccines” that don’t significantly reduce infection or transmission, particularly a “vaccine” with unprecedented side effects including death.

The attached proposed amendments to the Therapeutic Goods Act and Health Practitioner Regulation National Law will reduce these unfortunate and preventable outcomes.

We, the below signatories, being Australian health practitioners and scientists, urgently demand through the enactment of the proposed amendments:

The restoration of Informed Consent to the Australian Community.

The restoration of a Health Practitioner’s duty to afford the Australian Community Informed Consent free from interference.

The restoration of the Doctor-Patient relationship free from interference.

The restoration of a Doctor’s right to issue a Medical Exemption free from interference.

A safer and transparent process for granting drugs Provisional Approval.

A safer and more reliable process for suspending or cancelling an unsafe drug.

Protections for the Australian Community against mandating provisionally approved drugs.

Protections for the Australian Community against false and misleading messaging about provisionally approved drugs.

Click to expand
Show less
Who is on the Right Side of History? 200+ Signatories

Professor Nikolai Petrovsky has been awarded over US $51 million for his vaccine research, has authored over 200 peer-reviewed research papers, and is an inventor on multiple-vaccine patents. In 2020, he developed the COVAX-19® vaccine.

Brought before the medical board by anonymous complaints for posting on social media, calling for early treatment and prophylaxis, PCR tests, and risk-benefit calculations regarding COVID-19 vaccination and lockdowns. He was suspended for contradicting the government’s health advice, despite bringing extensive evidence. 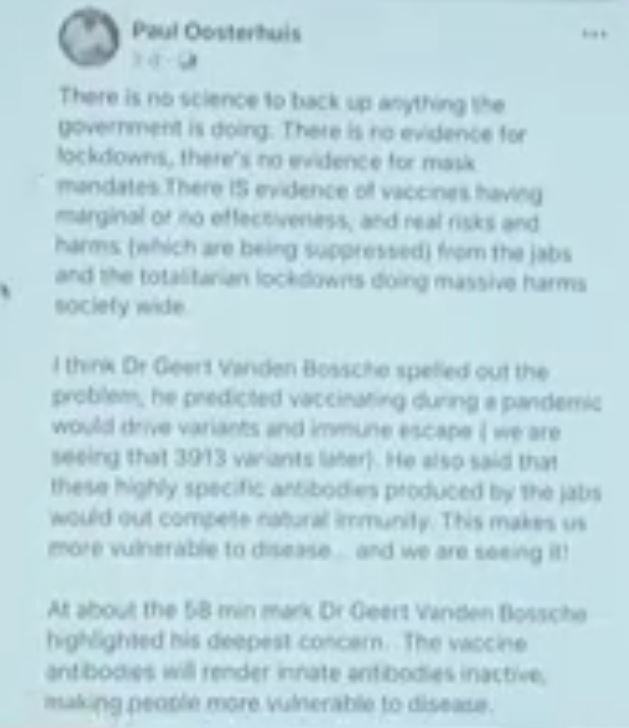 Dr Jeyanthi Kunadhasan | We've been standing up for you too

This is Dr Phillip Altman, pharmacologist and clinical trial drug regulatory consultant with around 40 years of experience. This is one of the most damning speeches.

Mr Julian Gillespie (will transcribe this one today)